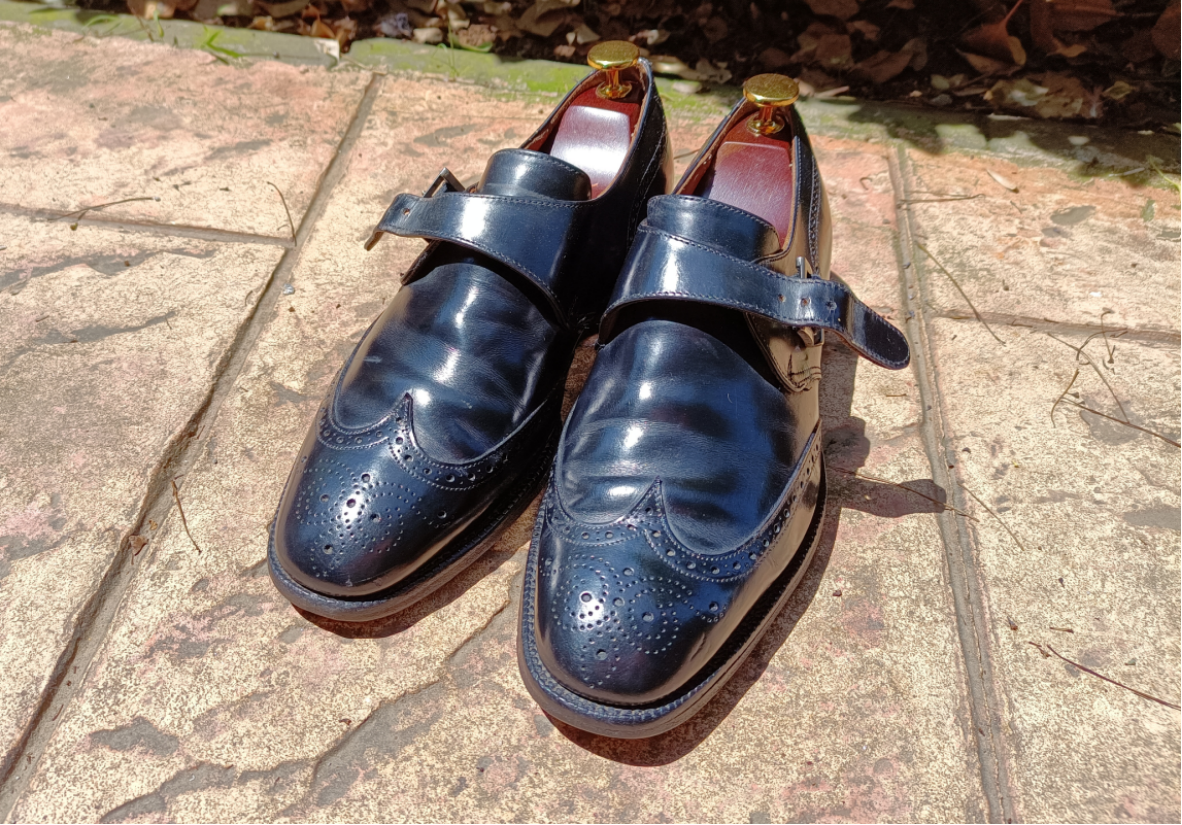 My Shoe Collection, Piccadilly from Church’s

Berluti and Church’s, two most successful dress shoe brands in the world, one backed by LVMH, the other Prada. Church’s even wins due to its much broader female customer base.

Last year, Church’s price surged pretty much, which drew a lot of curses from classic menswear community. I don’t think Church’s care about this tiny portion of customers who are very picky.

Let us looking in my pair.

Here, let us stop for a while and talk about why Prada group acquired Church’s. The answer is very simple, because Americans love this brand.

Back to 1920s to 1930s, the so called Golden Era, American shoes were the highest level in the world, and the aesthetics was highly influenced by English. But this strong domestic competition and good quality make no foreign brands tread in. Church’s made it, becoming the very few English shoemakers operating in the US.

Although the make was not as great as the US made, however the appreciation on English shoes are undeniable, in many Americans’ eyes, Church’s is no less than John Lobb Paris.

For any consuming products, victory in US means victory in the world. Look at Brioni, from a small Italian brand to the top suit maker just because of the department stores in US chose it. Silvano Lattanzi dared to charge 5000 USD onwards, because the affluent Americans seal the price.

I am not sure when Church’s even became the best shoes in many female cusotmers’ eyes, maybe due to the glamour of Prada.

I highly praise on Church’s last succession that even the oldest ones are kept today.

The last we see today is exactly the same as the Americans saw it then, the most conservative and blunt classic round toe. I know not too many people appreciate it today, but hey, girls love them!

Here we are, the most well know leather, or even feature of Church’s, polished leather, aka Bookbinder, or Plastic rubbish.

Most shoe enthusiasts dislike bookbinder leather because the layer of plastic cannot last long or be repaired once it cracks.

Some industry insider told me there are different levels of bookbinder leather and Church’s use the best, I believe so.

Personally, the more shoes I see, own and wear, the less concerned about the dislike of bookbinder leather. Take an example, most dress shoe fans hate Blake as it is an inferior construction than Goodyear, but really? I am even thinking why cemented construction is worse.

The leather itself is not that bad, at least the level Church’s uses, however, I still prefer boxcalf due to the natural feel.

Church’s welt is very recognizable, but not in a good sense, very coarse and rough.

The upper stitches are well aligned and look quality.

The model name of this pair is Piccadilly, I long have the idea to compare shoes with same names, Piccadilly is just one of them.

Piccadilly is an avenue or street in the center of London, the historical and current function of this street is not known to me, anyway it sounds like a prestigious location. Then what kinds of shoes are able to bear this name?

Here are some examples.

So easily we have three models, one monk, one loafer and one wingtip oxford. Which one suits the best? I have no answer.

The feeling Church’s imposed on me is I really want to own them when I saw people talking about them, and I have no appetit to don them due to the last and bookbinder. It is better to be a dream.